'Welcome to Scotland, 2013' from 'A Fine Line - Exploring Scotland's Border with England' by Colin McPherson.

The point where the M74 motorway intersects the border at the small Scottish town of Gretna, next to the river Sark. 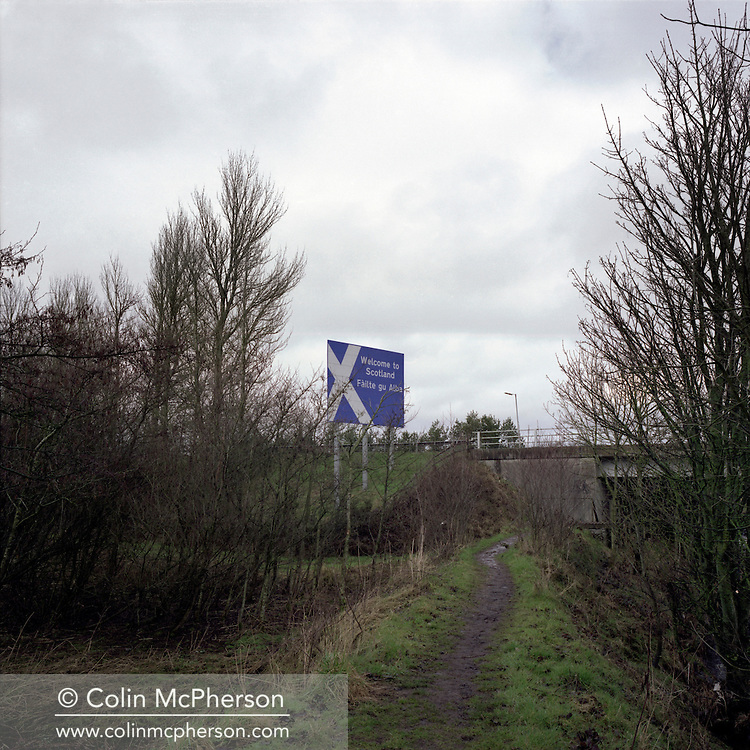