A derelict building awaiting repair in Coldstream, a small town on the river Tweed which separates Scotland from England. 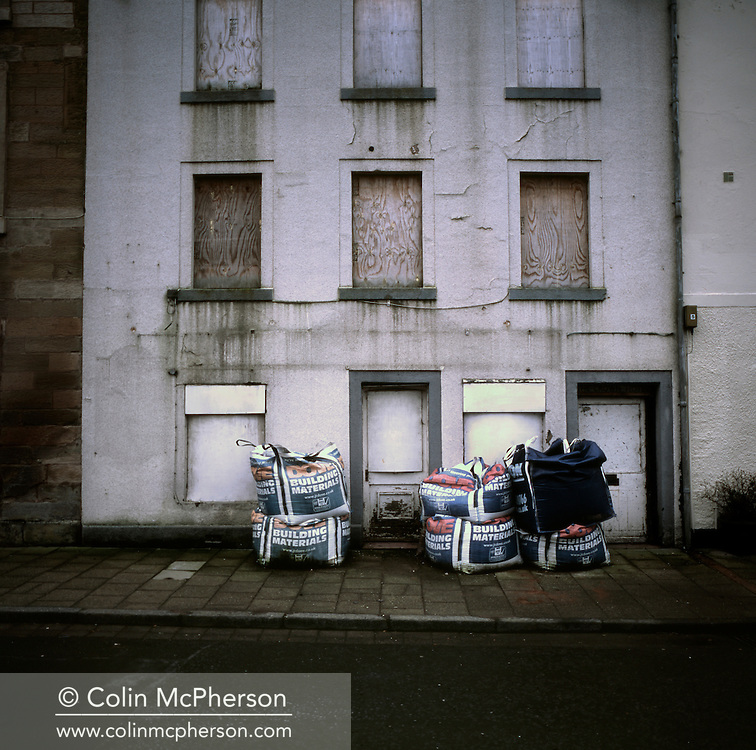