A sign advertising a performance by a Rod Stewart tribute act. Rod Stewart is an English singer who has build an identity as a Scot. 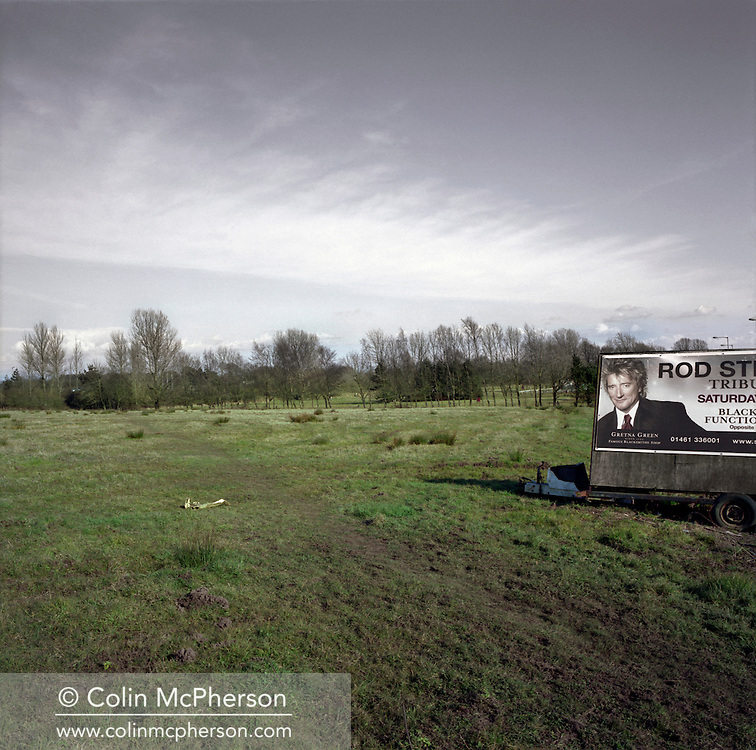