'Woman with a Union Jack bag, Town Yetholm, 2014' from 'A Fine Line - Exploring Scotland's Border with England' by Colin McPherson.

A woman with a Union Jack bag waiting for a bus before going to nearby Kelso to shop. "People think the bag represents my politics, but really, I just liked it'" she said. 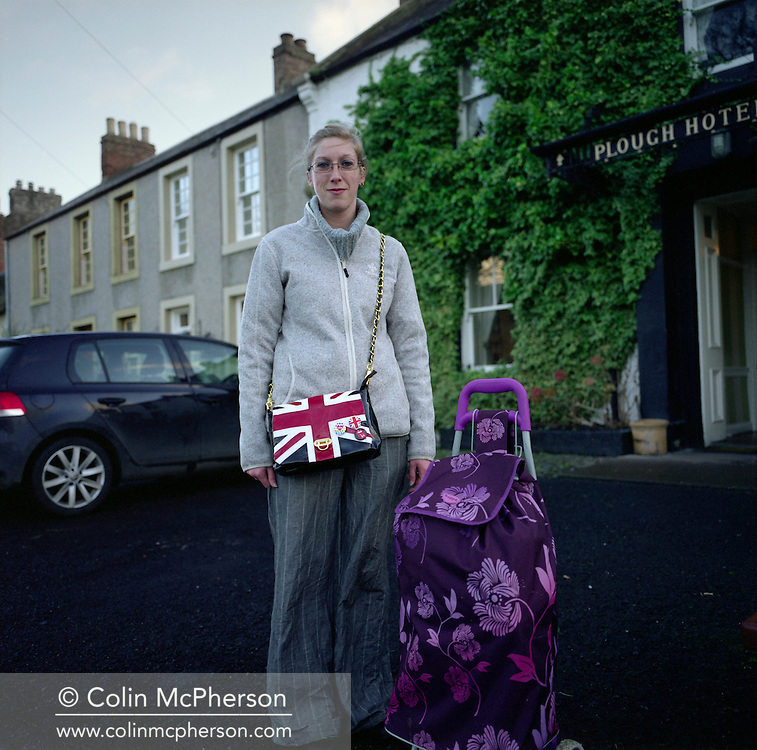