The North Sea, looking east from the border. In 1999 by order of the Westminster parliament in London, around 6000 square miles was unilaterally transferred from Scottish ownership to become part of England's territorial waters. 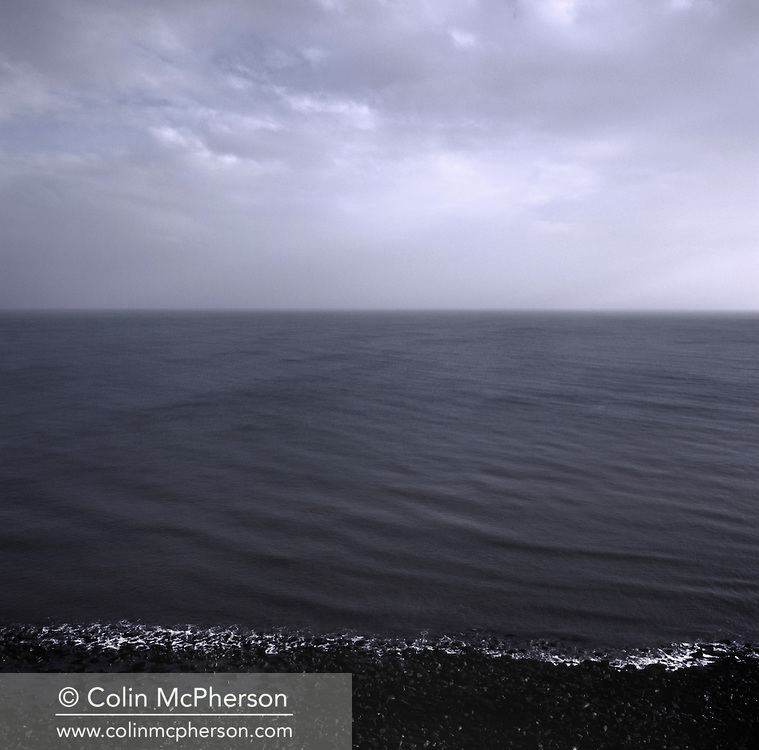