A Chinese tourist poses for a photograph at a point which historically rival Scottish and English armies would cross the border during skirmishes and battles. 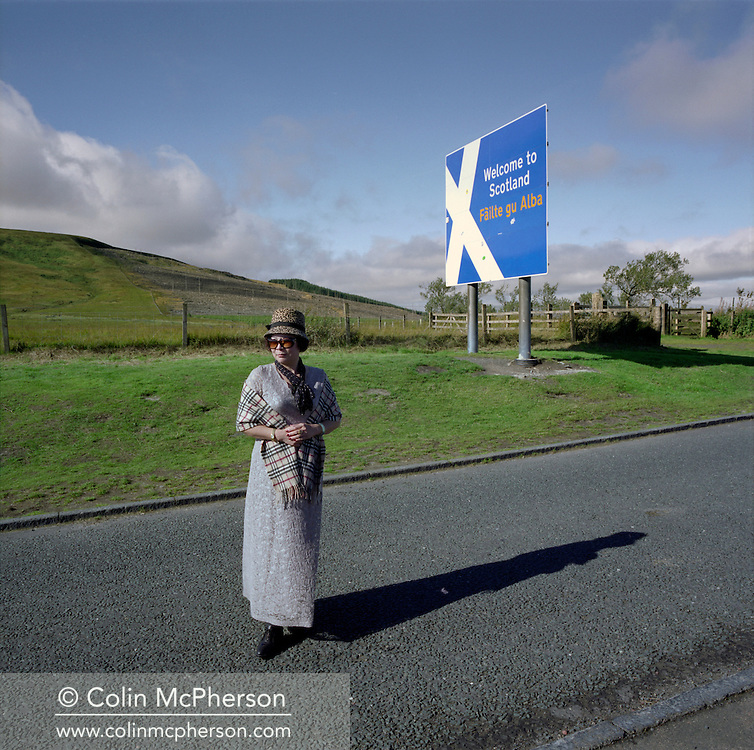