A barbed-wire fence by the banks of the Solway Firth, with the English side of the estuary visible in the background. 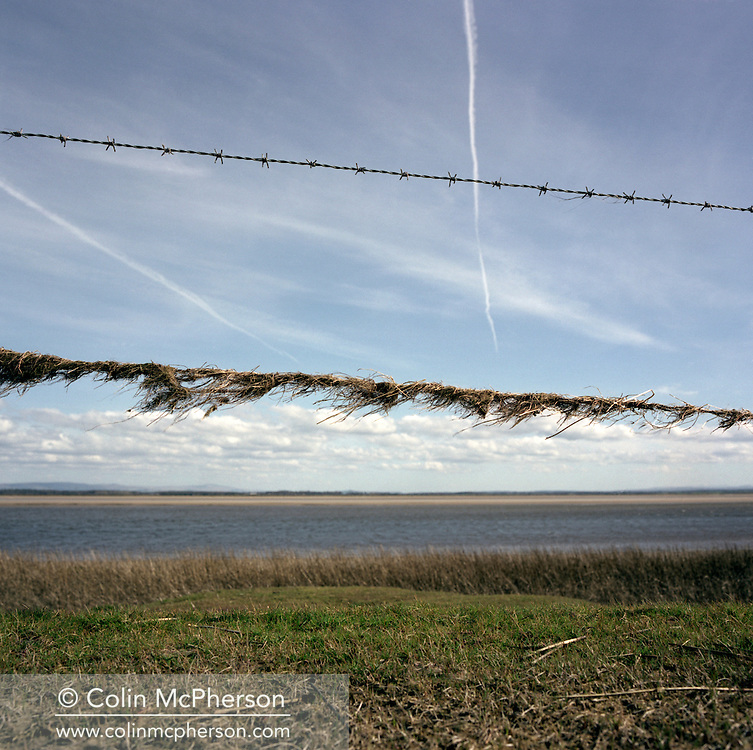